Partaking in great conversation is said to be a dying art; laid to rest in a sea of communication through iPhones, tablets, laptops, Snapchat, Twitter, emails, texts and drunken standoffishness.

We’re all guilty of this (almost as guilty as this dog is getting caught red pawed).

Simon Jenkins of The Guardian says that the art of conversation joins other civilities regularly pronounced dead, such as “well-mannered teenagers, the tomato and the novel. Nowadays, no one converses. People shout and text.”

Starting real-life conversations is definitely anxiety-provoking for some, yet perfecting the art results in self-confidence and positivity. Some people have the ability to chat to anyone with complete confidence and ease - they have the charisma of Ellen DeGeneres and the personality attractiveness of the late Robin Williams; their presence influences others and everyone feels like their best pal.

If you’re the person at the corner of the party nervously munching on snacks and eyeing others off suspiciously due to your massive disconnect with humanity, then relax! Here’s how to become a sparkling conversationalist.

When you address someone, greet them and smile in a friendly way. Introducing yourself or asking their name is a good start. Keep smiling; keep listening. Most people don’t really listen, as they’re just waiting to get their story out.

Ask the person how they are and show genuine interest in the response. Then, repeat the person’s name during conversation, which demonstrates respect and increased familiarity. Note to repeat internally over and over if you’re a forgetful scatterbrain (for example, this works for me: my new colleague’s name is HayleyHayleyHayley HayleyHayley… repetition is totally effective and only a little bit odd. Sorry Hayley).

Observe the person’s body language, facial expression and tone of voice. Your own responses should be appropriate and you may subconsciously mirror their mannerisms – we’re all natural copycats after all.

Be aware of the thoughts in your head – your inner monologue can be a demon so SILENCE IT IMMEDIATELY! If you are chastising yourself for saying something silly or creating any self-doubt in your conversation skills, your confidence will be affected - so shut that little guy up.

Small talk, albeit cliché, is easy for conversation starters and may include things you both share in common – for example, mutual friends, the coffee you’re both ordering, or whether they work in the area. Remember pauses or gaps in conversation are natural, so don’t feel the need to fill silences with ramblings.

People generally love talking about themselves and enjoy being made to feel special, so asking questions as though you’re interviewing them for a super trendy magazine will show you’re interested in finding out more about this person. Examples may include music, movies, books or food they like, current affairs, their travel experiences and so on. Avoid confronting topics (such as religion, human rights conflicts – if the conversation steers in this direction, abort mission immediately.)

Maintain eye contact and give succinctly encouraging statements. However don’t stare too much, or you’ll appear a tad creepy.

Planning topics to discuss may help if you are going somewhere and preemptively know you’ll be starting conversations.  Mental rehearsal can increase confidence and make the real life situation less daunting, because you have a level of experience by visualising it prior. Every now and then you’ll find someone you really connect with. Trust us, they’re out there and you’ll find them soon enough. 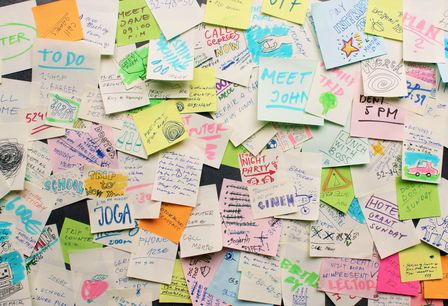 The cult of 'busy': are you really THAT busy? Do you focus, or fold?
Keepreading